In preparation for the state fair, I’ve been trying to up my daily vegetable intake. 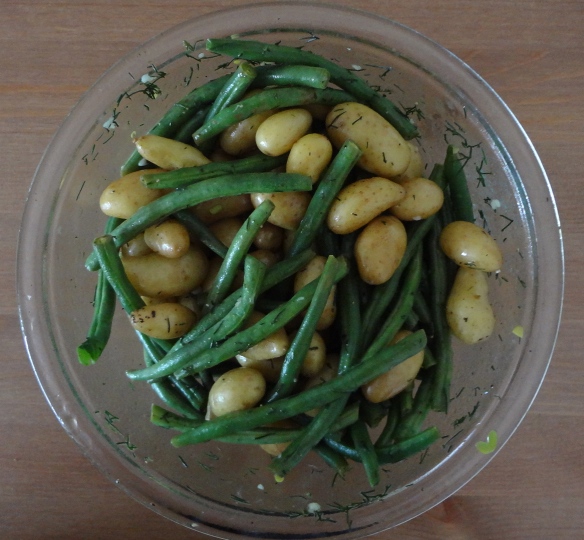 Like if I over do it on the veggies now, all those cheese curds and doussants I’m going to eat will basically be canceled out.

Same theory as if I’m good all year, Santa will bring me presents, but as soon as Christmas is over, I’m allowed to misbehave a little bit until the next year technically starts.

And that’s worked so far… 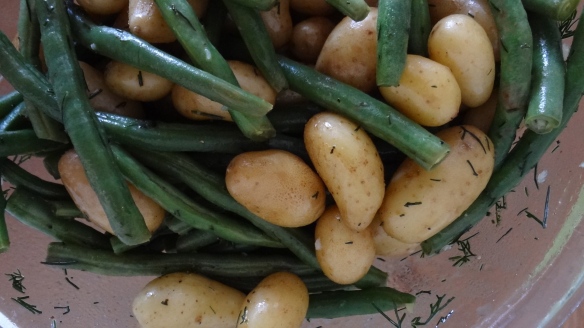 And while eating vegetables gets a bad wrap, there’s no reason they can’t be just as tasty as all the other food groups.

Take this awesome potato and green bean salad for instance. Not only does it ooze with bright lemon, tasty garlic, and fresh dill, but these teeny tiny fingerling potatoes are just plain adorable.

And if your vegetables are both adorable and tasty, they will practically eat themselves up.

1. In a large pot, steam the potatoes until nearly cooked through. Add the green beans and steam 2-3 minutes longer. or until bright green and crisp-tender.

2. Remove from heat and drain the water. In a separate bowl, whisk together the garlic, olive oil, lemon juice, dill, parsley, and salt and pepper. Drizzle over the potatoes and beans, then fold gently to combine and serve warm or at room temp.